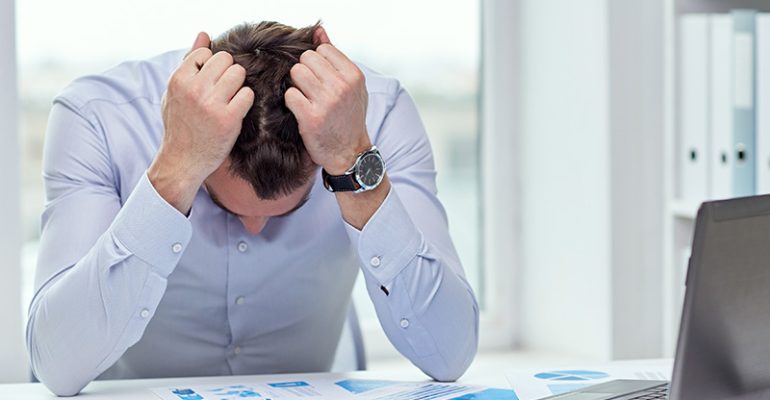 Natural Protection and Recovery From Stress

As the consequences of our current national trauma unfold in the days and months ahead, each of us must confront the anxiety and stress of facing an unpredictable future. Chronic anxiety and long-term post-traumatic stresses have a devastating effect on mental, psychological and physical health.

The Father of Stress

Eastern researchers have a long history of searching for solutions to stress-related problems. In Russia, after years of scientific investigation, Soviet scientists were inspired by the groundbreaking work of Dr. Hans Selye, a Canadian professor and leading pioneer in stress research. Internationally acknowledged as ‘the father of stress,’ Dr. Selye authored more than 1,700 scholarly papers and 39 books which had a profound influence on Soviet scientists doing stress research for the Russian military, sports and space programs.

Among the most memorable of Selye’s contributions was his concept of the General Adaptation Syndrome (GAS). First described in 1936, the GAS involves three progressive stages:

Alarm: The alarm reaction is the first stage, characterized by surprise and anxiety when exposed to a new situation. The body reacts by producing epinephrine and norepinephrine, the ‘flight or fight’ hormones. Additionally, the adrenal cortex is stimulated to produce additional cortisol and related hormones.

Resistance: In this stage, the body learns to efficiently cope with stress. Ideally, this stage continues until the stressful situation is resolved, leading to a rapid return to the resting state. Unfortunately, our capacity for resistance is limited and highly individualized (i.e. what is stimulating to one person may be devastating to another) and worsen with age. (Fig. 1). Just as a chain breaks at its weakest link, exhaustion of our adaptive capacity can result in stress-induced disease.

Exhaustion: In the presence of long-term exposure to the same stressor, we enter the third stage of GAS — exhaustion, characterized by the depletion of energy reserves and loss of adaptational ability, leading to fatigue or other symptoms or diseases.

This third stage is also sometimes referred to as adrenal maladaptation, or hyperadaptosis (Dilman and Dean, 1992). Chronically elevated cortisol levels can result in the signs and symptoms resembling Cushing’s Syndrome. (Fig. 2) Adrenal dysfunction may be manifested by (1) an excess or inadequacy of cortisol, DHEA, ACTH and/or CRF; (2) relative imbalances of these hormones and releasing factors, and (3) loss of sensitivity of the hypothalamus and pituitary to the normal, inhibiting effects of these hormones.

Symptoms of patients suffering from adrenal maladaptation syndrome include:

Selye’s ideas of the General Adaptation Syndrome (GAS) were readily accepted by leading Russian researchers, including Dr. Nicholai Lazarev, a pioneer in the then-emerging fields of toxicology and preventive medicine. Shortly after graduating medical school Lazarev discovered that different industrial chemicals, even in mild concentrations and small dosages, cause similar alarm reactions. When exposure is prolonged, the body adapts by altering its physiological response (resistance). This adaptive reaction tends to gradually disturb homeostasis, which is damaging to health.

Lazarev found that Selye’s publication on stress confirmed his own findings. Selye proved that a variety of stressors — not just chemicals — can cause non-specific stress reactions. Selye’s work was so influential, in fact, that Lazarev changed the direction of his work. He began looking not only for substances that could improve humans’ general resistance to toxins, but could also correct the general adaptation reaction to all kinds of stressors, including both mental and physical stress.

From the beginning of the second World War, Lazarev’s efforts shifted to finding substances that could help Soviet soldiers overcome fatigue and improve their performance on the battlefield. With the soldiers as unknowing guinea pigs for amphetamines and other stimulants, Lazarev learned that many drugs were very effective in improving performance in response to great challenges in extreme situations for very short terms. However, he realized that the stimulants were harmful when used for prolonged periods. When WWII ended, Lazarev switched his focus to natural alternatives.

Lazarev was especially intrigued by a group of herbs that ancient medical traditions referred to as ‘elite’ or ‘kingly.’ In traditional Chinese medicine these herbs were classified as effective for increasing physical and mental capacity, reducing fatigue, improving resistance to disease, and promoting life extension. In China, soldiers used these herbs before battle. In Siberia, hunters used the herbs before long and dangerous journeys. In 1948, Lazarev and his protege, Dr. Israel Brekhman, undertook the challenge of researching the utility and effectiveness of this group of plants that Lazarev named ‘adaptogens.’

The group first focused their efforts on ginseng, but quickly encountered problems with low availability, high cost, and wide fluctuations in effectiveness among different groups of subjects. This prompted Brekhman and his team to next focus their efforts on herbs adapted to growing in harsh environments based on the assumption that unique substances in these herbs enabled them to adapt and survive through millions of years of natural cataclysmic changes.

Eventually Brekhman’s group identified a group of herbs that fit the profile of an adaptogenic compound that is defined as: 1) an herb that is absolutely safe and possesses no side effects, even when used for long periods of time; 2) exhibits broad and nonspecific positive effects on the body; and 3) one that has a normalizing effect that keeps the body in balance while maintaining homeostasis and normalizing all functions.

Among the adaptogens discovered by Brekhman’s team are:

Brekhman and his colleagues were particularly impressed with their studies of Eleutherococcus, commonly known as Siberian Ginseng, which they found had even greater anti-fatigue properties than the better-known Panax ginseng. Their studies soon led to a massive testing program with clinical trials conducted across the USSR on factory workers, long distance truck drivers, sailors on long voyages, and military personnel under severe stress. The stress studies revealed that Eleutherococcus helps to improve stamina, increases oxygen uptake, enhances physical energy and performance, and reduces high blood pressure.

Eleutherococcus was also found to enhance immune function, and incidence of cases during an influenza epidemic dropped by two-thirds. Additionally, 107 patients receiving anti-cancer drugs for gastric cancer showed evidence of a 50% reduction in impaired immunity, and a 50% decrease in drug dosage.

In 1962, Eleutherococcus, the prototype adaptogen, was declared an official herbal medicine by the USSR Minister of Health and was included in the National Drug Guide, the pharmacopoeia of the USSR. Eleutherococcus was soon widely available, and patients, athletes, cosmonauts, and soldiers used it regularly as a restorative. The Soviet government realized that this new class of natural remedy could give the Soviets an advantage in many areas, including sports, the arts, space, military, and medicine.

Schisandra is an herb widely used in ancient and modern China to treat a number of conditions. It is a powerful antioxidant and anabolic agent. Schisandra also promotes glycogenesis, the process that converts carbohydrates into glycogen. Glycogen is stored in the liver and muscles until needed and then converted into glucose. This process helps spark the energy necessary to revitalize ‘stressed out’ cells.

Research also indicates that Schisandra stimulates the central nervous system, possibly by increasing dopamine and its metabolites in the striatum and hypothalamus. Dopamine — a catecholamine synthesized by the adrenal glands — is an immediate precursor in the synthesis of norepinephrine, which plays a pivotal role in helping the hypothalamus-pituitary-adrenal axis adjust to stress.

Rhaponticum carthinoides is an adaptogenic herb that helps prevent the catabolic state seen in stress. Components of Rhaponticum carthinoides have demonstrated anabolic properties in clinical studies. Under conditions of daily aerobic and anaerobic training, patients who consumed a number of saponins isolated from Rhaponticum for three weeks lost fat and gained muscle mass. Similar results were achieved in animal experiments in which rats fed phytiexdizone-exdisterone (a component of Rhaponticum) for 7 days gained body weight. The amount of protein increased in the animals’ livers, hearts, and kidneys, along with the weights of each of these organs.

In one study, healthy males who took 750 milligrams of Tribulus terrestris daily for five days experienced a 72% increase in luteinizing hormone (LH) and a 40% increase in testosterone. Produced by the adrenal cortex in both males and females, testosterone is an important anabolic, anti-stress hormone. It accelerates growth in tissues, stimulates blood flow and affects many metabolic activities.

In any condition characterized by adrenal dysfunction, it is extremely important to stabilize blood sugar — whether it is too high or too low — thereby alleviating a major metabolic stress on the body. Studies have shown that adaptogens help achieve extra stamina and energy by enhancing utilization of glucose. In oral glucose tolerance tests in rats, Aralia extracts have acted as hypoglycemic agents. Clinicians have found that Aralia can complement the adrenal-protective actions of other powerful adaptogens such as Eleutherococcus.

The mechanism by which adaptogens achieve their stress-protecting, normalizing action is well researched. Adaptogens act to restore hypothalamic and peripheral receptor sensitivity to the effects of cortisol and other adrenal hormones. In this way, adaptogens enable the body to mount an appropriate stress response with lower amounts of cortisol than would otherwise be required, and help the adrenals return to normal more quickly.

Clinicians have noticed that adaptogens like Siberian Ginseng (Eleutherococcus sinensis), Manchurian Thorn Tree, Schisandra, Rhaponticum carthinoides, Hawthorn extract, Adjuga turkistanica, and Tribulus terrestris act synergistically — that is that they work better in combination than when used separately. They have also learned that certain combinations were more effective at certain times, such as before or after physical challenge, when they often enhanced the body’s recovery process.

3. Dilman, Vladimir, and Dean, Ward. The Neuroendocrine Theory of Aging and Degenerative Disease, The Center for Bio-Gerontology, Pensacola, Florida, 1992.

4. Gubchenko, P.P. and N.K. Fruentov. ‘Comparative Study of the Effectiveness of Eleutherococcus and Other Plant Adaptogens as Remedies for Increasing the Work Capacity of Flight Personnel.’ New Data on Eleutherococcus: Proceedings of the 2nd International Symposium on Eleutherococcus (Moscow, 1984). Vladivostok. Far East Academy of Sciences of the USSR, 1986, 240.

6. Schezin, A.K., V.I. Zinkovich, and L.K. Galanova. ‘Eleutherococcus in Prevention of Influenza, Hypertonia and Ischemia in Drivers of the Bolzhsky Automobile Factory.’ New Data on Eleutherococcus: Proceedings of the 1st International Symposium on Eleutherococcus (Hamburg, 1980). Vladivostok. Far East Academy of Sciences of the USSR, 1981, 93.