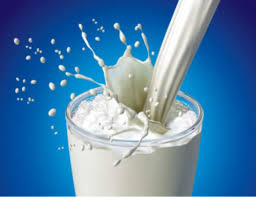 As a nutritionist I am often asked about drinking milk. Most people assume that they have to drink milk or they will suffer serious illness. This could not be further from the truth.

If I were to offer you a cocktail drink of pituitary hormones, steroid hormones, thyroid and parathyroid hormones, gastrointestinal peptides, growth factors, growth inhibitors, fat, cholesterol, allergenic proteins, blood, pus, antibiotics, bacteria and viruses, would you drink this? Probably not, as you know that these constituents are unhealthy for your body. Well, believe it or not, this is what you get every time you drink cow’s milk from the supermarket, but people still drink milk due to ignorance. Here are a few facts that may provide some food for thought!

ENTER GENETIC ENGINEERING
In 1993, the US Food and Drug Administration (FDA) made things even worse by giving permission for Monsanto Corporation to market rBGH (recombinant bovine growth hormone), a genetically engineered hormone that is injected into dairy cows to increase their production of milk. We’re talking about a substance that is finally being linked to major breast, colon and prostate problems, and one that no other country in the world will allow within its borders, though Monsanto has sought approval for Australia, New Zealand, the European Union and Canada.

In a recent Canadian government report, it was said that 20% to 30% of the rats fed rBGH in high doses developed thyroid cysts as well as increased infiltration into the prostate gland. If this can happen to rodents in 90 days of use, then what can happen to humans who have been drinking milk daily for years, including young children? Tens of thousands of American cows are injected with rBGH every week, and the entire American population receives this through milk, cream, cheese, yoghurt, frozen yoghurt, buttermilk, cream cheese, ice cream, iced milk, and baked goods.

POSILAC AND DISEASE
Injecting rBGH, which is also called POSILAC, has been associated with increases in cystic ovaries, disorders of the uterus, digestive problems, enlarged hocks and lesions of the knee, mastitis (puss clusters in the breasts) which require antibiotics for treatment.

POSILAC increases milk production by releasing a chemical called IGF-1 (insulin-like growth factor #1), which McGill University and the Harvard School of Public Health have recently found is a strong predictor of prostate cancer risk. Published in Science, and funded, in part, by the Canadian Breast Cancer Research Initiative, these findings have shown:

1. A four-fold increased risk of developing prostate cancer among men who have high levels of IGF-1.

In fact, Dr. Michael Pollack, professor of medicine and oncology at McGill University says, “Until now, researchers interested in prostate cancer risk factors have focused on male hormones such as testosterone, but these (IGF-1) results open up a whole new direction of research.”

The FDA also approved the pasteurising of milk, in order to help kill the bacteria Mycobacterium paratuberculosis – which it does not! Judy Stabel, Ph.D., a researcher recently discovered that in order to kill this bug you have to heat the milk for a minimum of 15 minutes at 72 degrees centigrade, not the 15 second “flash” heating that milk presently receives as part of the pasteurising process. Interestingly, the British medical journal, LANCET, recently revealed a direct link between this bacteria and Crohn’s disease in humans. Cows get a disease called Johne’s (pronounced: yo-nees) and pass on this bacteria to humans in milk and dairy products.

THE PROGESTERONE FACTOR
Another naturally occurring substance in many cow milks is the hormone progesterone. This appears in the milk of pregnant cows. As pointed out by Dr. Jerome Fisher, “About 80% of cows that are giving milk are pregnant and are throwing off hormones continuously.”

Progesterone breaks down into androgens, which have been implicated as a factor in the development of acne. Adolescence is a time when milk consumption tends to be high, with many teenagers priding themselves on drinking 3-4 quarts daily. Dr. Jerome has found that acne improved as soon as the teenagers stopped drinking milk.

There is much more research that has shown that milk is not the best nutrient for humans – it may give us high levels of calcium, but there are also many other foods that are high in calcium, so it is not necessary to drink milk as well as the cocktail of other nasty bugs and toxins.

The Food and Drug Administration have not evaluated these statements. This information and products are not intended to diagnose, treat, cure or prevent any disease.