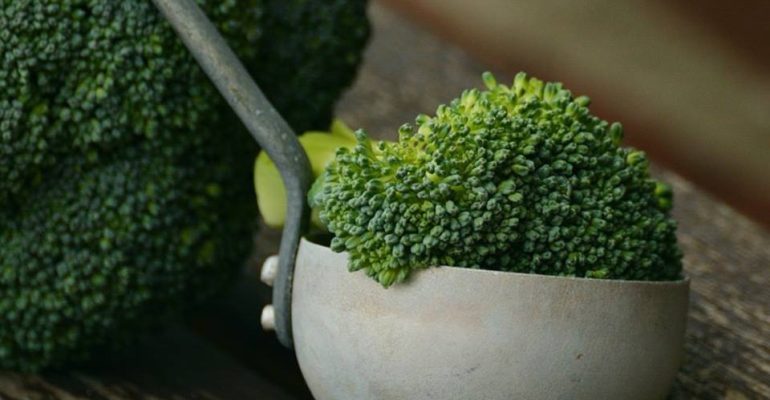 Alpha Lipoic Acid (ALA) is a vitamin-like substance that has generated much interest in the last few years, especially with regards to both its ability to act as a powerful antioxidant and because of its role in energy production.
Our bodies are able to make ALA although a dietary source is still important and for many years high doses of alpha lipoic acid supplements have been used in parts of Europe for certain types of nerve damage, diabetic tendency, Alzheimer’s disease and Inflammation.
Alpha lipoic acid is the most effective antioxidant because it is both water and fat soluble. It can access in any part of the cell, so it can trap free radicals that might otherwise escape and damage other tissues. It is the only antioxidant that regenerates itself instead of becoming lost once it absorbs a free radical.
A study published in the Journal of Neural Transmission found alpha-lipoic acid “dramatically lowers” disease progression in Alzheimer’s disease patients who received 600 mg a day for 12 months. Other studies support that 600 mg of alpha lipoic acid once daily for a period of three weeks leads to a significant and clinically relevant reduction in neuropathic pain.
Alpha lipoic acid is considered an effective supplement in the treatment of diabetic distal sensory- motor neuropathy and to help improve insulin sensitivity in patients with diabetes mellitus.
Alpha lipoic acid supplementation may positively impact patients with HIV and acquired immune deficiency syndrome by restoring blood total glutathione level and improving functional reactivity of lymphocytes to T-cell mitogens.
A systematic review and meta-analysis on randomized clinical trials suggests that Alpha lipoic acid can reduce inflammation markers.
How Alpha Lipoic Acid works?
Lipoic acid is found in the body and also synthesized by plants and animals. It’s present in every cell inside the body and helps turn glucose into “fuel” for the body to run off.
Is it “essential” that you consume a certain dosage of alpha lipoic acid every day?
Not exactly. Even though we can make some of it on our own without supplements or outside food sources (which is why it’s not considered an “essential nutrient”), eating an antioxidant-packed diet plus potentially using ALA supplements can increase the amount circulating in the body, with studies show has far-reaching benefits.
ALA’s most valuable role in the body is fighting the effects of free radicals, which are dangerous chemical-reaction byproducts that form during the process of oxidation.
Within our cells, ALA is converted into dihydrolipoic acid, which has protective effects over normal cellular reactions. As oxidation takes place in the body over time – due to normal chemical reactions like eating or moving, but also from exposure to environmental pollutants and toxins – certain compounds can become very reactive and damage cells.
At times, this causes abnormal cells to grow and multiply, or it can have other effects like slowing metabolic efficiency and changing neuron signalling.
Like other antioxidants, alpha lipoic acid can help slow down cellular damage that is one of the root causes of diseases like cancer, heart disease and diabetes. It also works in the body to restore essential vitamin levels, such as vitamin E and vitamin C, along with helping the body digest and utilize carbohydrate molecules while turning them into usable energy.
In addition, alpha lipoic acid works like a synergist with B vitamins, which are needed for turning all macronutrients from food into energy. And it’s synthesized and bound to protein molecules, making it act as a cofactor for several important mitochondrial enzymes.
Something that makes ALA unique is that it’s both water-soluble and fat-soluble, unlike other nutrients (like B vitamins or vitamin A, C, D or E), which can only be properly absorbed with either one or the other.
There’s some evidence that ALA is acts as a “heavy metal chelator,” binding to metals (also called “toxins”) in the body, including mercury, arsenic, iron and other forms of free radicals that make their way into the bloodstream through water, air, chemical products and the food supply.
Finally (as if this wasn’t enough!), alpha lipoic acid can increase how the body uses a very important antioxidant known as glutathione, and it might increase energy metabolism too – which is why some athletes use ALA supplements for enhanced physical performance.
Alpha Lipoic Acid Dosage Recommendations
If you do choose to take ALA supplements, keep in mind that taking more won’t always offer better results. While side effects and risks of taking more seem to be very rare (considering it’s a natural chemical found in the body at all times), as little as 20–50 milligrams per day seems to be beneficial for general preventative health.
Larger doses up to 600–800 milligrams per day are sometimes used in patients with diabetes or cognitive disorders but not recommended for the general public.
Dosage recommendations differ depending on who you ask, but below are some general guidelines that are within the safe range:
• 50–100 milligrams for antioxidant purposes in generally healthy adults
• 600–800 milligrams for patients with diabetes (divided into two doses, usually tablets are 30–50 milligrams each)
• 600–1,800 milligrams for patients with neuropathy and diabetic neuropathy (dosages this high should only be taken with supervision from a doctor)
According to researchers from Oregon State University, the amounts of lipoic acid available in dietary supplements (ranging in dosage from 200–600 milligrams) can be as much as 1,000 times greater than the amounts that could be obtained through someone’s diet alone!
Taking ALA supplements with a meal is believed to decrease its bioavailability, so most experts recommend taking it on an empty stomach (or at least one hour before or after) for the best results.
Share this post