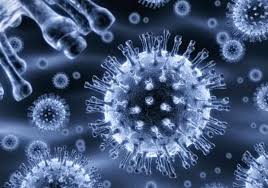 This week I would like to share with you something that I read about, and have consequently tested on myself as well as a number of patients who volunteered. It is how to kill the HIV virus, as well as many other viruses while they are in the blood using a simple “Black Box” device that produces a minute current using batteries. Interested? Read on, it is truly fascinating!

ELECTRICITY KILLS VIRUSES!
In a remarkable discovery at Albert Einstein College of Medicine, N.Y.C. in 1990, it was shown that a minute current (50 to 100 MICRO amperes) can alter outer protein layers of HIV virus in a petri dish so as to prevent its subsequent attachment to receptor sites. (SCIENCE NEWS, March 30, 1991 page 207.) It may also reverse Epstein Barr (chronic fatigue syndrome), hepatitis, and herpes B. HIV positive users of this enclosed information may expect a NEGATIVE p24 surface antigen or PCR test (no more HIV detectable in blood) after 30 days. This is reminiscent of a well-proven cure for snakebite by application of electric current that instantly neutralizes the venom’s toxicity. (LANCET, July 26, 1986, page 229.) And there may be several other as yet undiscovered or untested viruses neutralizable with this discovery.

This very simple blood clearing treatment offered great promise as a positive method for immobilizing known strains of HIV still present and contaminating some European and US blood bank reserve supplies. It was further suggested that infected human HIV carriers could be cured by removing their blood, treating it electrically and returning it by methods similar to dialysis. Dr.
Steven Kaali, MD, projected that “years of testing will be in order before such an IN VITRO (blood removed for treatment) device can be made ready for widespread use” (LONGEVITY, Dec. 1992, page 14.).

DR. ROBERT BECK
The pioneer scientist and inventor of this remarkable device is Dr. Robert C. Beck, D.Sc. (See http://www.ioa.com/~dragonfly/morebeck.html for more info). In Dr. Beck’s opinion both blood and lymph can be cleared IN VIVO (which means blood isn’t removed) simply, rapidly, and inexpensively with similar but NON-INVASIVE techniques. Electronic and controlled electroporation approaches may well make vaccines (even if possible someday), pharmaceuticals, supplements, oxygen and diet therapies, plus other proposed remedies obsolete, even if they worked and were free.

In a public lecture (Oct. 19, 1991) the writer’s opinion proposed this theoretical do-it-yourself method for accomplishing HIV “neutralization” IN VIVO. Subsequently, his original modalities
and protocols have been extensively peer reviewed, refined, simplified and made universally affordable (under $75 for BOTH devices including batteries when self-made). These two simple treatments used in tandem can potentially nullify well over 95% (and perhaps 100%) of known HIV strains residing in BOTH blood, lymph, and other body tissue and fluids.

Following is a summary of two years of offshore feedback with this non-iatrogenic, do-it yourself, simple and inexpensive experimental solution to the ever escalating AIDS dilemma. There are no known side effects since milliampere currents are much lower than those in FDA approved TENS, CES and muscle stimulators which have been in daily use for many years. Battery replacement costs are under 25c per month per user or about 1c per day for a typical 21 day “spontaneous remission”.

No doctors, pharmaceuticals, ozone, or other intervention appears necessary. The pocket-sized, battery-powered, BLOOD clearing instrument is basically a miniature relay driven by a timer chip set to ~0.67 Hertz. Its 0 to 36V user adjustable biphasic output minimizes electrode site irritation. The described system delivers stimulation through NORMALLY CIRCULATING BLOOD via electrodes placed at selected sites (such as one electrode behind ankle bone on inside of foot and another identically located on opposite foot) over the sural, popliteal, posterior tibial, or peronal arteries where the subjects’ veins and arteries are accessibly close to the surface.

Using neutralization approximately 8 to 20 minutes per day for about three or four weeks should, according to Dr. Beck, effectively immobilize well over 95% of any HIV and simultaneously any other electrosensitive viruses in blood. In heavy infections, shorter application times could prevent overloading patient with toxins. Simply treat for a greater number of days.

In time, the restored immune system will handle residual problems. In the special case of impaired circulation due to diabetes, longer treatment times may be indicated. Immobilized viruses may be expelled naturally through kidneys and liver. More rapid neutralization is easily possible but not recommended because of potential excessive toxic elimination reactions. (Herxheimer’s syndrome). T-cell counts may drop initially (because of lysing and subsequent scavenging by macrophages) but should recover to over 200 within 90 days.

If you want to learn more about this fascinating topic, go to: http://www.rarebooks.net/beck

The Food and Drug Administration have not evaluated these statements. This information and products are not intended to diagnose, treat, cure or prevent any disease.

CANCER AND SUNSHINE DO NOT MIX! OR DO THEY?